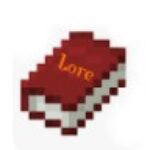 A group for discussing theories and lore of Mesecraft, and to hang out with all the other nerds.